Hey Switchaboos! We have a packed week of releases for the Nintendo Switch! With games like Regalia: Of Men and Monarchs – Royal Edition and Asdivine Hearts, JRPG fans are certainly catered to this week, as well as an indie classic with Don’t Starve: Nintendo Switch Edition. But will they be our Pick of the Week? Let’s find out…

The Bunker is a multi-award winning FMV game that stars Adam Brown and Sarah Greene in a live-action psychological horror game. John is the last remaining survivor in a nuclear bunker. As an alarm sounds, John is pulled away from his daily routine and is thrown into an inner world of chaos and repressed childhood memories.

This game is an original adventure game that takes place in the magical world of Spark. Play as Otto, an apprentice of Anima gifted with incredible powers who must battle against forces of evil in strategic, action-packed battles and save your betrothed who has been taken captive by Zahr and his fearsome Golems.

Super Daryl Deluxe is referred to as an SPGvania game with brawler style combat set in a perfectly normal, sprawling, multi-dimensional high school. With adrenaline-pumping music, wacky characters and a dark and intriguing plot, this game is certainly a unique experience to add to the list.

Deep Ones has you playing as a deep-sea diver who has suffered a crash on his submarine at the ‘hands’ of the great red octopus. This retro arcade-platformer is inspired by ZX Spectrum and the works of H. P. Lovecraft. With a compelling and philosophical plot complimented by classic arcade gameplay, Deep Ones is a game that will pull on the nostalgia strings of any retro gamer.

This game set in the wild west takes inspirations from the Bomberman series as you bomb your way through hordes of enemies in a solo adventure with procedurally generated levels, character progression and skill upgrades. There is also a multiplayer mode for 4-player deathmatch mayhem!

Word Search by POWGI is as the name suggests. With over 300 puzzles to solve alone or with friends and family, this game is a must for any word search enthusiast. Connect extra controllers, go online or use local wireless to solve the puzzle as a team or compete for the best score.

Genre Other / Adventure / Puzzle / Board Game

Burly Men at Sea is an adventure puzzle game set in the waters of early 20th-century Scandinavia. Play as storyteller and wayfinder and encounter various creatures from folklore. With branching story paths and innovative controls, this game brings forth a whole new style of gameplay for anyone to enjoy.

#Breakforcist Battle combines the classic Breakout formula with… breakfast? Play solo or with up to four friends and family as you compete to clear the waves as soon as you can. With all-new attack powerups that you can launch at your foes, coupled with an intense adrenaline-pumping soundtrack, this game is perfect for parties and for gamers who love fast-paced retro-inspired action.

Play as Wilson, a Gentleman Scientist who has been trapped by a demon and transported to a mysterious wilderness world. Survive the challenges that come your way and learn to use the environment and surroundings to your advantage. The Nintendo Switch edition comes with the Reign of Giants expansion includes new characters, seasons, creatures, biomes and more.

In this arcade Shmup, join the Rogue Aces and liberate the islands from The Baron and his dreaded pilots. Rogue Aces has frequent in-game voice acting the make the experience feel that much more authentic and exhilarating.

The Adventure Pals is a story of love, giraffes and hot dogs. This game combines the feel of the old school platformers that we know and love with a wacky cartoon art style. Set out to save the world and your dad from turning into hot dogs with your best friends (a giraffe and a rock).

If you’re a fan of JRPGs from 8 & 16 Bit eras, then Asdivine Hearts will certainly tickle at your nostalgia bone. With a captivating story, a colorful cast of characters (including a talking cat) and a tonne of variety in combat, Asdivine Hearts is another top pick for any JRPG fan.

In this crazy shooter, use your Pheromone Shot gadget to rid swarms of girls from their demon possessions. Receive quests from love-struck girls and satisfy their demands in the game that may or may not feature a touch of fan service here and there (or everywhere).

Penny-Punching Princess is an isometric brawler that takes place in a world ruled by capitalism. Choose to either fight or bribe your way to reclaiming your kingdom for the greedy Dragoloans.

With what seems like something for everyone this week, it’s difficult to narrow it down because it can really come down to personal preference. But week in week out, we have to have a Pick of the Week, and it is…

We at Switchaboo didn’t actually know about Regalia: Of Men and Monarchs until this week, but we’re surprised that it hasn’t had more attention from fans.

Regalia: of Men and Monarchs is a turn based strategy RPG that looks very similar to titles such as Fire Emblem and Disgaea. With great reviews and amazing art, Regalia: Of Men and Monarchs seems like a no-brainer to any fan of the genre. 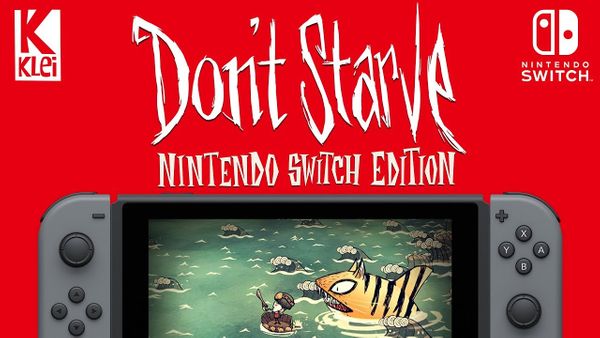