So without further ado (besides the little note just below this), let’s get stuck into it!

Developed By Do My Best

Ensure that you always reach the next station as you look after your passengers and keep the train operational in a dying world. This story goes through five chapters as you conserve your ammo and pick up survivors along the way.

Unfortunately, we couldn’t find the trailer for Spot the Difference. We apologise for the inconvenience.

Ever play spot the difference in school or in the newspaper? Well, this is pretty much the same thing but on your Nintendo Switch. This game also features a two-player co-op mode, perfect for sharing the Joy.

Little Triangle is a side-scrolling action game that is very accessible but difficult to master. With over 30 stages, each containing hidden areas and caught citizens, there is plenty to uncover in this exciting title.

Divide up the packets and keep trying to beat your own high score. This puzzle board game comes with a story of a young girl that lives in Gaiapolis, who works hard everyday to become independent.

Portal is coming to the Nintendo Switch… kind of. Bridge Constructor Portal is a typical 2D bridge constructor game with that classic Portal twist.

Ever play with toy cars as a kid? That’s pretty much what this game is, but on the big screen! Super Toy Cars also features also visuals built from things that you’d expect in any children’s bedroom. The game is stunning and is a bargain for the price.

Based in Mexico’s breathtaking landscapes in a colourful art style, Mulaka is a 3D action-adventure game based on the rich indigenous culture of the Tarahumara tribe. Take control of a shaman, battle and solve puzzles in environments inspired by real Sierra Tarahumara locations.

Genre Puzzle / Adventure / Board Game / Other

Play as someone who has just found a phone and look through its text messages, pictures and apps in order to learn about its former owner. You eventually find out that the phone belongs to Sam, a young man who mysteriously disappears when they turn 18.

Rebuilt from the ground up in Unity, face wave after wave of enemy (zombie) soldiers and vehicles trying to cross the battlefield. Collect power-ups throughout three campaigns (each with 20 missions).

Upgrade your large gundam style robots (called GEARs) and fight to reclaim what humanity has lost from the aftermath of World War IV in the year 2050.

With a classic 8-bit art style, A Hole New World takes players back to that day of iconic platformers on the NES. With monsters being invaded from the Upside Down World, you play as the Potion Master who must defeat evil all alone.

10.3 million Teks (helper robots) ride the Subsurface each day, and yet they are disappearing. In this text-based adventure game, collect words and phrases to use them in dialogue puzzles in order to uncover the world’s secrets.

Play as a warrior summoned by a shrine princess and fight over various historical periods to defeat the dark monarch.

Unfortunately, we couldn’t find the trailer for Star Force. We apologise for the inconvenience.

This classic shoot ‘em up was originally released in 1984 and has you taking control of a space fighter and fire your way through many obstacles that face your way. With many hidden bonuses and the overwhelming urge to constantly want to be your own high score, this game is surprisingly addictive.

Poisoft Thud Card is a card game that requires you to discard the same suit as the table card or number card. The term “Thud” is if the sum of the hands matches other people’s layout. You can play against people online and the game even has online rankings.

Inspired by a little classic hit known as “Qbert”, Totes the Goat brings the spirit alive with unique levels and a happy little goat. Avoid Wily Wolves, Cranky Crows and Bully Bears as you hop your way to victory!

With an impressive 17 games coming out this week, we had a lot to consider. But we did our due diligence and have decided that our Pick of the week is…

Ever since this game was shown off on Nintendo’s Summer 2017 Nindies Showcase, we have had our eyes firmly on this game. The art style is colourful and vibrant, the world looks open and packed full of things to do, and the game appears to be inspired by Mexico’s rich cultural history. It sort of gives out a Breath of the Wild vibe, or maybe that’s just me…

With such a fantastic game being under $30, why wouldn’t you consider it? We know that Celeste tells us that we don’t need to collect every strawberry, but who can resist the challenge?! It’s not easy to 100% 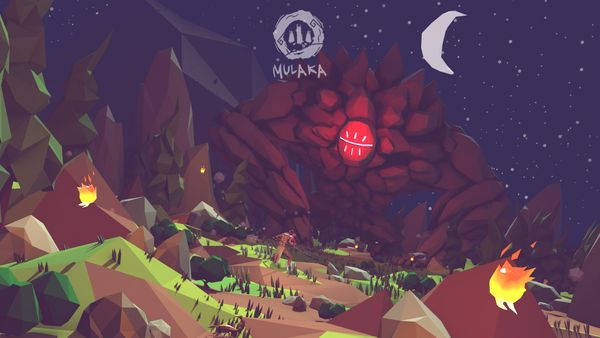 Hey fellow Switchaboos, let’s take a look at this week’s new releases for the Nintendo Switch! The Switch continues to have a slew of games coming out