Astalon: Tears of the Earth is a pixel-art action-platformer developed by LABS Works and published by DANGEN Entertainment. Despite being marketed as an action-platformer, make no mistake, Astalon: Tears of the Earth is ostensibly a Metroidvania and I’ll go on to explain why. Sure, the two genres can be interchangeable, but this one firmly has a foot in the latter camp. It’s clear from the promotional material that there is also a party of characters to manage throughout the game and that each member of your party has different skills and abilities; and it’s this party/team element which adds an added level of intrigue to the gameplay.

In Astalon: Tears of the Earth, you play as a party of three protagonists; Algus, Arias and Kyuli. I won’t give away too many spoilers but you can unlock other member(s) of the party as the game progresses, though these three are the key characters that the gameplay and story revolve around. As you’d expect, each character has differing abilities and respective pros and cons. Algus, who is the most senior member and leader of the gang, is a wizard/mage type who can shoot projectiles from his staff. Kyuli is more of a ninja type character where she can also shoot projectiles in the shape of a bow and arrow. The difference between her weapon and Algus’ is that her arrows can travel further (across the whole screen unless they hit a wall or obstruction) but Algus’ has a quicker firing rate and his staff projectiles can fire through walls, so you start to see how strategy comes into play. Finally, Arias is a knight armed with a sword which is powerful but obviously has much less of a reach than the weapons of Algus and Arias.

There are some pretty significant RPG elements in the game by way of upgrading your characters; all three can have their HP, attack strength and defence incrementally increased. Hereby lies one of the bigger twists/differences to most games of this genre; you can only upgrade your characters after you die. Each time you perish, you find yourself standing before Epimetheus (more on him later) who is a large demon-type character who runs what is effectively a shop (and a very morbid one at that). At this point, you can use the in-game currency - small blue orbs - that you collect from defeating enemies and breaking pots to either upgrade your characters or buy other upgrades. As you meander through the game, you come across campfires where you can save and campfires are – at the start of the game at least - the only place where you can change characters. Whereas in most games, a campfire/save point will act as a checkpoint; however in Astalon: Tears of the Earth, they’re merely a character-swapping point. When you die, you return right back to the start of the game again via Epimetheus’ shop but with all of your equipment and progress saved. This sounds punishing and I have to admit, it was a little frustrating to start with, but you get used to it. There are lifts/elevators in the game which basically act as fast travel and once you start discovering those, it doesn’t feel as bad. There’s very little in the way of items that you can use to recover HP and so you will die a lot, but this teaches you to be more cautious and strategic.

This is where Astalon: Tears of the Earth is a bonafide Metroidvania. The game is set in a large tower with different areas, all of which act as one interconnected world. There is fast travel (the aforementioned lifts/elevators) and also parts of the tower that are only accessible once certain keys or abilities are obtained. The game world is packed full of secrets which I really enjoyed. I’m a huge fan of having to put on your thinking-cap and try and work out how to access certain areas and items and Astalon: Tears of the Earth certainly indulges and rewards players who are like-minded to me. It’s the exploration and puzzle-solving element which really hooked me on the game, especially when you need to start thinking about which character to use in which situation. The world design is superb and I have to applaud it on that because the party/team element is not just a gimmick, it’s a key progression stratagem.

Enjoying our Astalon: Tears of the Earth Switch Review so far? Please consider supporting us on Patreon so that we can continue to keep the website running and get our fortnightly podcast two days early.

Having said all of that, one aspect of the game I did find frustrating was the in-game map. It’s such a shame because I’ve played a few Metroidvanias where the map just needs a bit more care and attention to detail. You don’t want a map that holds your hand but equally, being able to use the map as a key tool or asset adds to the experience. One frustration, for example, is that after buying a certain upgrade from Epimetheus, you can track on the map where locked doors are. Say you go to a room and it needs a blue key to progress, then a blue key icon will appear on that tile on the map; so far so good, right? However, there are other icons, like a small dot indicating that an item can be collected and if there is more than one icon on the same tile – let’s say a locked door AND an item – then the map tile only shows one, not both. This may sound pernickety but it was frustrating at times. Also, the fast travel elevators have names which you can select when you get in the lift but there’s no way of knowing what each elevator is called. For example, there are elevator locations called ‘Gorgon Tomb 1’ and ‘Gorgon Tomb 2’ but on the map, you have no idea which one is which, so I kept getting a lift to the wrong one and having to get back in the lift again. And lastly, there are certain warp points in the world map but these are not shown as icons, so it’s impossible to remember where they are and therefore are impossible to work out how to use them as shortcuts… Anyway you get the gist, the map needs some work!

I found the story for Astalon: Tears of the Earth to be another strong point. Basically, Algus, Arias and Kyuli are from a village where the water supply has been poisoned. All they know is that the source of the poison is from the tower in which they begin their adventure. Epimetheus is a demon who has a significant interest in their mission, though it’s unclear exactly why to start off with. You can purchase additional pieces of lore from him to fill in the gaps which also unlocks a different ending to the game.

Each character is likeable and forms their own personality. There’s some humorous dialogue and gentle mickey-taking between the gang which leads to some light relief to all of the demons and gorgons. These light-hearted moments contrasting to the slightly foreboding story formed an experience that was both memorable and emotional. I haven’t been this invested in a pixel-art game story for some time, so it’s a great achievement!

It’s pixel-art, so you kind of know what to expect here. However, the graphics are especially beautiful and colourful in Astalon. It really looks and feels like a very good SNES game which, for me, is the pixel-art benchmark. The backgrounds are detailed and there’s enough variety in the game world to keep you engaged and by that, I mean the game world doesn’t feel boring and samey thanks to the graphics.

The soundtrack is the standard chip-tune accompaniment to pixel-art. The music increases the sense of foreboding at key moments of the story which is great and in fact, I would say that it enhances the whole experience in general. Whether you want compelling side-scrolling type music or scary boss music, there is something for everyone here. The soundtrack was not as catchy as some other chip-tune games I’ve played but it was still alive with great tracks that will surely put a nostalgic smile on your face.

Astalon: Tears of the Earth is genuinely one of the best indie games I’ve played on the Switch; the party mechanic provides depth and enjoyment that I didn’t think was possible on a game of this scale. However, there are some frustrations with the in-game map and at the time of writing this review in early June 2021, there are a number of bugs/glitches that inhibit the gameplay and possibly even prevent 100% completion. For that reason, I can’t justifiably score the game any higher, which is a real shame.

If the issues get ironed out in future updates, then we could have a real hit on our hands. I would love to see this series develop into further games as it really feels like the kind of story that is conducive to that. Above all else, I just want more and more and more of Astalon: Tears of the Earth because it was so damn good.

Thank you for checking out our Astalon: Tears of the Earth Switch review, thank you to DANGEN Entertainment for providing the review code and thank you to our $5 and up Patreon Backers for their ongoing support: 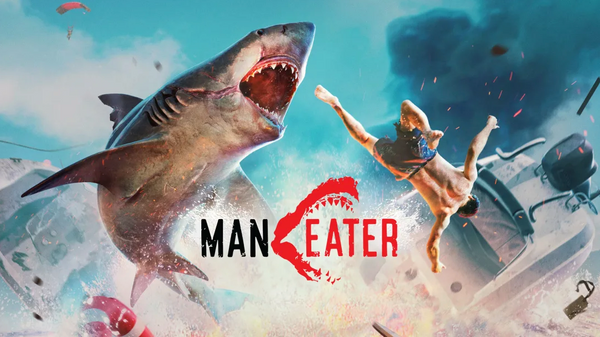 "If you take away the shark-themed coat of paint, it just becomes a game you’ve played many, many, MANY times before." 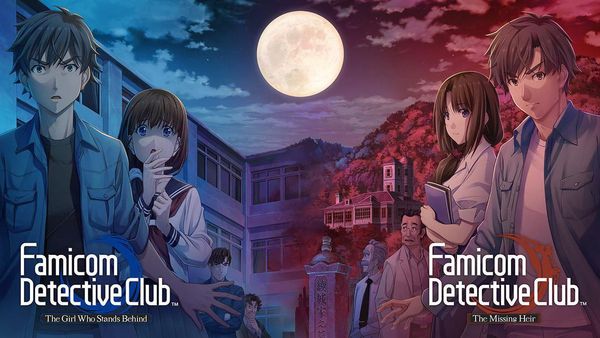 "All in all, the Famicom Detective Club games are great."