There’s nothing quite like relaxing on your own getaway island resort, especially in the adorable world of Animal Crossing. in New Horizons, Tom Nook has provided a full getaway package, to which you can shape however you wish with so much more customisation and variety than ever before. So let’s sit back, take in some rays and talk Animal Crossing, shall we?

Animal Crossing: New Horizons expands on the gameplay aspect of its predecessors in almost every way. I loved Animal Crossing: New Leaf, don’t get me wrong, however I often found myself unfulfilled as it lacked a certain gamifying sense of completion about it. With New Horizons’ crafting and Nook Miles system, the gamer in me feels much more accomplished. To increase your crafting arsenal, you’ll need to acquire DIY recipes that can be obtained from a variety of ways, whether that be buying them, given as a gift or finding them washed ashore as a Message in a Bottle.

The equipment in New Horizons can break, just like in Breath of the Wild. This was a common complaint from the 2017 game of the year, but it’s certainly a double-edged sword (so to speak). On the one hand, this enhances the crafting aspect by encouraging you to continually gather materials and learn more DIY recipes, but it does get frustrating when they continuously break, especially when you’re a villager on a mission.

As you collect more-and-more resources from your daily ventures, you’ll grow tedious of carrying them and want to put them into your storage. However when it comes time to use these materials to build and upgrade various objects, you’ll need to go back to your house in order to get them out of storage before you use them. This may be the spoilt 2020 gamer in me, but I wish this could have been streamlined just a little bit.

Having the ability to choose from Northern and Southern Hemisphere is finally a great touch that was sorely needed for us here in Australia. It always felt odd celebrating New Years in the winter or when a villager said it was hot whilst it was freezing cold and raining outside in the middle of July. Now that we have the ability to choose, it makes the experience feel that much more accurate and personal.

The ability to visit others and to easily send your island’s code to friends allows for you to easily foster a sense of community. Just like in most recent Animal Crossing titles, the local and online community aspect keeps players engaged, making it a communication tool as well as a fun game to enjoy with friends and family.

New Horizons borrows traits from mobile gaming that unsurprisingly work really well given the context. For example, you get Nook Miles if you talk to your neighbours at least once per day for x days in a row or by accessing the Nook Stop, you’ll be reward with more Nook Miles for each consecutive day you use it. This may sound familiar to those familiar with mobile gaming and if you’re not, you may still know of this concept; it can be frowned upon, but the stigma from that comes from apps encouraging you to pay real money to speed up this process, whereas New Horizons does not and simply encourages you to stay connected with your in-game island pals.

Enjoying our Animal Crossing: New Horizons Switch review so far? Don’t forget to like us on Facebook and follow us on Twitter for more Nintendo Switch content. Also, please consider supporting us on Patreon so that we can continue to do what we love doing.

This iteration, being on the Nintendo Switch, provides an incredible amount of haptic feedback through its HD Rumble. Being able to feel the intensity of the fish’s bites when fishing based off of the size of it is a neat touch. It’s like the island is coming to life in the palm of your hands!

The newest iteration provides a lot more depth and customisation that its predecessors had sorely been lacking. From the beginning, New Horizons allows you to choose from four different layouts, but you are secluded to the centre area until you get the Vaulting Pole. From here, you can craft bridges and ladders to easily get to the other side and higher levels – a first for the Animal Crossing series.

Once you finish the main “story” (quotations meaning that Animal Crossing isn’t exactly known for its sense of plot), you are given the Island Designer App. This is a huge new feature for the series, allowing you to reshape the land by changing the layout of the world. This feature gives you so much more customisation that you can almost make your island look however you choose.

As is expected, the patented Animal Crossing charm is in full swing here! Each villager’s dialogue is unique and funny, and while you may have your favourites, there are plenty of other villagers, both new and returning, to get to know.

When you donate fossils, insects and fish to the Museum, Blathers goes into details about your find. While this is nothing new for the series, Blathers goes into much more detail this time around and quite often, these descriptions are factual and educational, often following up with a short quip. It’s always nice to learn new things with a smile across your face.

Animal Crossing: New Horizons is so cute! It always has been, but being able to see it all in HD that wasn’t during a festival catered to Amiibos that will continue to remain nameless is pure bliss.

One of the most satisfying feelings is strolling through the museum and seeing all of your findings. There’s always been a museum in each iteration, but New Horizons‘ feels more like a real-life experience, basking in your hard work and seeing each find come together to make full aquariums and dinosaur skeleton displays.

The music, whilst pleasant, is actually quite repetitive, almost seeming like an afterthought. It’s your stock standard, happy-go-lucky, soundtrack, but nothing that particularly stands out. Not saying it’s a bad thing, more like ‘if it ain’t broke, don’t fix it’.

The sound effects are adorable, from the the iconic character sounds to your footsteps. Depending on the weather, the sound effect will change from crisp crunches when the sun is out to the squelching through puddles; it’s a neat little touch and at the end, Animal Crossing: New Horizons is full of these.

Animal Crossing: New Horizons is like Mary Poppins, “practically perfect in every way”. The charm and innocence of the series is in full swing and it’s just as endearing as ever in this new instalment. Crafting is such a huge aspect that makes me wonder how the series could ever go back and with so much world customisation, it’s everything I could’ve wanted.

Thank you for checking out our Animal Crossing: New Horizons Switch review, thank you Nintendo Australia for the review code and thank you to our $5 and up Patreon Backers for their ongoing support:

Just like with any roguelite, much of its boss fights will depend highly on your preparation, as is with HyperParasite. However, much like The Ancient Warrior, the boss will have 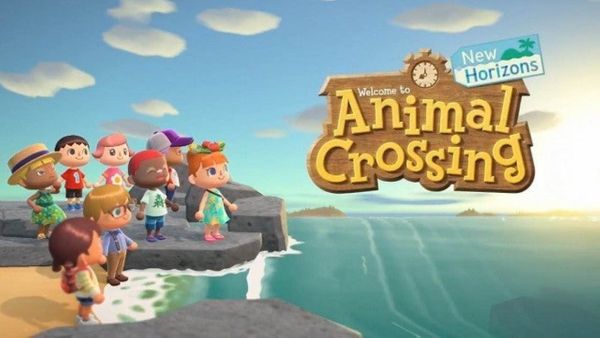 There’s nothing quite like relaxing on your own getaway island resort, especially in the adorable world of Animal Crossing. in New Horizons, Tom Nook has provided a full