Alwa’s Legacy is the sequel to Alwa’s Awakening, both developed by the awesome peeps at Elden Pixels. As per the first game, the story follows the protagonist Zoe as she meanders her way through the world of Alwa. It’s an action adventure/Metroidvania faithful to the games in the genre from the 80’s and 90’s and is sure to tap into the conscience of gaming nostalgia fans!

The gameplay is simple and fun, the controls are tight, and it’s very similar in gameplay to other 2D Metroidvanias. The first thing you’ll notice from playing Alwa’s Legacy is that the team at Elden Pixels have listened to and addressed most of the criticisms from Alwa’s Awakening. For me, that’s the measure of a quality gaming studio; not arrogant to the point where they think they always create perfection, and happy to constantly listen and improve. For those who haven’t played the original game (Awakening), it was a fantastically addictive game, however there were some seriously irritating elements to it. For example, there was far too many instant death scenarios, in the shape of a number of surfaces that when you so much as brushed them you died (including water bizarrely). In Legacy, there are still one or two surfaces that do cause instant death (especially in one particular dungeon) however you hardly notice it and in this game, you can even swim in the water rather than die in it, hurrah!

The game felt a bit short to me, which I was gutted about. For context, it plays out like a Legend of Zelda game in that there’s an overworld and ‘dungeons’ with bosses, and there are only four dungeons here (or five if you include the final boss dungeon). Generally in a Zelda game, you get about six to eight dungeons but of course, you have to recognise that Alwa’s Legacy has not been developed by a massive studio like Nintendo and rather has been made by a smaller gang of awesome game developers. I think I was just gutted because I enjoyed the game so much and would have loved it to be double the size!

Enjoying our Alwa’s Legacy Switch review so far? Don’t forget to like us on Facebook and follow us on Twitter for more Nintendo Switch content. Also, please consider supporting us on Patreon so that we can continue to do what we love doing

Speaking of dungeons, they are really intuitive in this game. Once again following influence from the Legend of Zelda as the way you have dungeons with certain mechanics like inversion, mirroring or time slowing/speeding up effects etc. The mechanics in the dungeons in Alwa’s Legacy are really fun and will keep you entertained.

The world design ties together pretty well and unfolds in an intelligent way as you’d expect from any good Metroidvania, however the lack of map markers is a bit frustrating. Part of the fun of virtual exploration in video games is being able to mentally remember key areas to return to later on and it would have been so much easier if you could mark the map, or at least interact with it in some way. The map is also a bit difficult to follow as some areas are colour coded (i.e. one colour for dungeons, one for villages, etc.) but it’s difficult to remember exactly where everything is. For example, once I came across a house that needed fixing before you could enter it, then later on I came across a guy who fixed it for me and he says something like ‘You can now return to the house because it’s fixed’ but for the life of me I couldn’t remember where the house was! And I spent ages running around trying to find it.

As I’ve mentioned the game is heavily influenced by the Legend of Zelda series (and includes many Easter eggs that are reflective of that) and I can’t help but think they could have ‘borrowed’ the same world map display that was used in the original Link’s Awakening i.e. the world map squares being slowly revealed as you explore them but also being transparent (once explored) and sitting over an image or picture of the world you’re exploring in the background. That way when you reveal a square, the background image/picture behind it is also displayed and gives you an indication of what kind of landscape or landmark is actually there i.e. water, house, swamp, jungle etc. If they adopted that here, it would have made things a bit easier to follow. Anyway, perhaps I’m being pernickety!

I really enjoyed the idea of turning save points into warp points (if you have enough of a particular collectible) and it made you think strategically about which save points were in important locations and therefore should be changed into warp points.

The story is pretty classic. Good vs Evil. Evil comes to town and messes around with it, Good tries to undo said messing around. Most of the characters from Alwa’s Awakening come back in Legacy so if you’re a fan of the story in the first game and want to see what happens next in the story arc, then you’ll be pleasantly surprised.

The graphics are also very in keeping with the nostalgia theme. The visuals are beautiful though, especially the landscapes and backgrounds. Despite the nostalgic feel, the graphics didn’t feel blocky or cumbersome, quite the opposite in fact.

The music in Alwa’s Legacy is, much like the rest of the game, faithful to the retro games that it is an homage to. The music is very 16bit-like which I personally enjoy. The tunes are catchy and fun but I wouldn’t necessarily describe the music as one of the strongest points of the game. The music works and serves a purpose however isn’t what you’d tell your friends about after finishing the game.

Click here to read our review of Axiom Verge

I feel I’ve been harsh at times and have picked holes in relatively unimportant elements of the game (i.e. the map) BUT I must stress that Alwa’s Legacy is an awesome game, super fun to play and super accessible. I loved the exploration and finding secrets along the way. I’d highly recommend this game to anyone looking for a fun game to buy for a holiday/vacation and it would certainly appeal to any Metroidvania/Zelda fans. Bravo Elden Pixels, bravo.

Thank you for checking out our Alwa’s Legacy Switch review and thank you to our $5 and up Patreon Backers for their ongoing support: 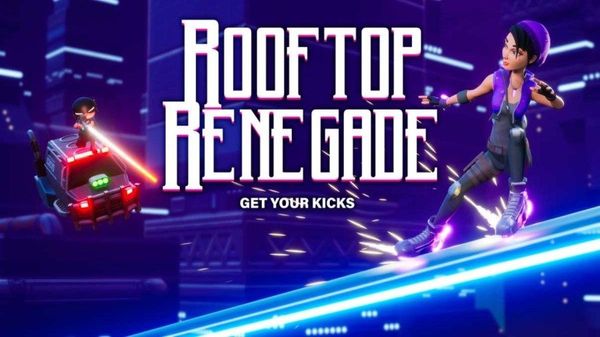 The local multiplayer railgun platformer has just received its first pre-launch demo on Steam. We’ve had Rooftop Renegade on our radar since we spoke to Patrick from Melonhead 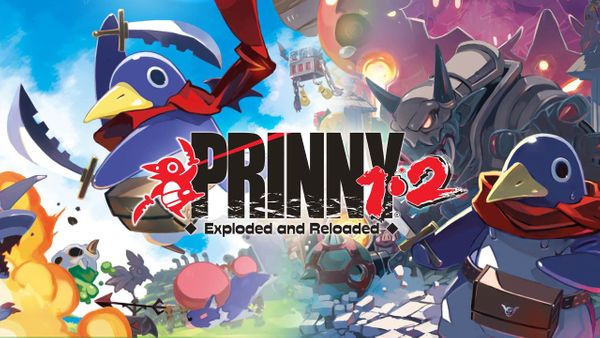 Fans of the Disgaea series might recognize these cuddly flightless demons as prinnies in a minor role but this time, they get the spotlight in a side-scrolling platformer. All the