What do you get when you combine Mega Man and Captain Planet? Adventures of Chris… apparently. This 2D platformer aims to bring back everything that was great about the 90s. Here’s the rundown:

Want to relive the best year ever, 1995, when classic shows such as Rugrats, X-Men, The Tick, Animaniacs, The Magic School Bus, and so many others came out? Then you will need to pick up the upcoming hand-drawn, global adventure platformer, Adventures of Chris! Today, publisher Graffiti Games and developer Guin Entertainment revealed the ’90s nostalgia game will release on Nintendo Switch this summer.

In Adventures of Chris, you play as Chris, a chubby underdog kid with wacky superpowers that must save children from around the world. Driven by determination, superpowers such as fireballs and transforming into a balloon, and most importantly cookies, Chris is on a mission to defeat the forces of villainy and make it home in time for dessert.

Adventures of Chris aims to launch on Nintendo Switch this Summer (Winter for those in the Southern Hemisphere). “Perception is reality.” From the get-go, that mind-bending phrase lingers, as you manipulate the size of chess pieces simply by altering how far away they are, truly impacting 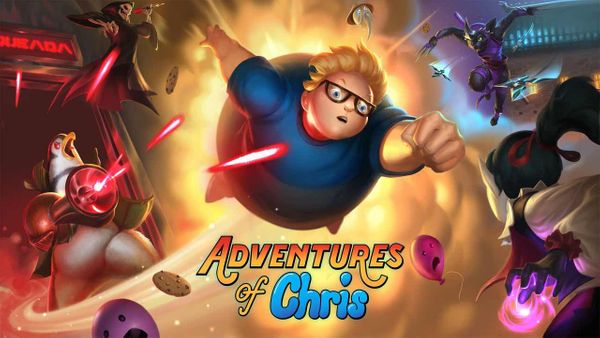