A little over a week ago, Capcom announced that we should all tune in to watch a special 30th Anniversary Mega Man stream on the 4th December. Mega Man’s anniversary actually falls on December 17th, but apparently Capcom were just too eager to make all of these announcements.

Some gaming YouTubers received some cool boxes with some Mega Man loot for them to show off and Nintendo shared and retweeted the Blue Bomber’s posts and tweets to build up some excitement.

For seven years, we Mega Man fans have been starved for a new Mega Man game and it almost seemed as though Capcom had forgotten about their flagship mascot. Fans saw a slither of hope when Keiji Inafune announced Mighty No. 9, a spiritual successor to the Mega Man series. Now we all know how that went down and we don’t need to bring up past grievances, but it was certainly a sad time for all.

Capcom producer Kazuhiro Tsuchiya, a producer at Capcom for 20 years announced that all 8 Mega Man X games will be coming to all current generation consoles. This includes the Nintendo Switch, and it is fantastic to see all of the Mega Man X games back on a Nintendo console. Since then, nothing has been announced on whether these games will come out in a legacy collection, or whether they will be sold individually.

After the announcement, we were treated to a heartwarmingly nostalgic video about the history of Mega Man throughout the ages. The video goes through all the years that we have been treated to glorious Mega Man fun and the many different series that he has been apart of. Click here to watch it if you haven’t already.

Towards the end of the video (if you hadn’t clicked on the link), it shows the recent years that we have been deprived of a new Mega Man game… until now! Fans were left with their mouths gaping wide open (well, I know mine was) when they showed off the brand new Mega Man 11 in all its HD glory. The new iteration is planned to be released in late 2018 (most likely to coincide with the 30th anniversary) for all current consoles: PlayStation 4, Xbox One, PC and Nintendo Switch. Unfortunately, we fans did not receive Mega Man 9 and Mega Man 10 on any Nintendo console, so it brings a tear to my eye to see the Blue Bomber make his return back home.

The first thing you’ll notice about this new Mega Man game is that it looks just a little different to its previous entries. The HD visuals really bring Mega Man into the next generation of gaming with a fantastic 2.5D art design. The background visuals are all painted by hand and they’ve added glare techniques to really make the new art style pop. With this new look that Mega Man is showing off, we can see that the new particle effects are being highlighted by a new physics engine, which is something that could not be achieved on the old 8-Bit and 16-Bit consoles. Having this new addition is a minor touch, but it really helps to bring the Blue Bomber alive in a way that we have never seen before.

The gameplay looks very reminiscent of the original Mega Man games. It’s clear that the developers wanted to remain faithful to the original iterations so that it pays homage to Mega Man on his 30th birthday. The only thing that was noticeably different in terms of gameplay was the supercharged shot at the end of the trailer. Could this be a whole new move for Mega Man? I guess we’ll just have to wait on more information about that one…

When the development team approached the new Mega Man game, Kazuhiro Tsuchiya asked himself What should Mega Man 11 be? The team didn’t want to just simply make another 8-Bit Mega Man game and call it a day; they felt as though the series deserved a true reimagining by allowing each member of the team to have an input on the Blue Bomber’s next adventure.

The new design of this Mega Man iteration took a lot of thought and planning. Yuji Ishihara, Mega Man 11’s art director and character designer, stated that it took him multiple attempts to arrive at a version of Mega Man that everyone was satisfied with. Ishihara wanted Mega Man to look both cool and cute to new and returning players; they had aimed to make his body shape more slender than his previous designs. He also said that this is the first mainline Mega Man title that he has worked on, which must have been a lot of pressure to redesign a franchise’s mascot that carries so much nostalgic love for many fans.

Fans grew concerned when Mega Man Legacy Collection 2 came out for major consoles, but not for the Nintendo Switch. This was at a time when we were still unsure whether Capcom planned to support the Switch as much as they had done for Nintendo’s previous consoles. These fears have been gradually put to rest, and now all doubt vanished when Kazuhiro Tsuchiya announced that both Mega Man Legacy Collection 1 and 2 will be released on the Switch. No release date was announced other than the assumption that this will all happen some time next year in Mega Man’s 30th anniversary. Tsuchiya also announced Amiibo support for the Legacy Collections, however there was no elaboration as to what the support entails.

It is just so heartwarming to see Capcom continuing to develop the Mega Man series. After such a long hiatus, fans can finally take a deep breath and revel in the newfound hope for the future.

Image Source Since The Game Awards began in 2014, it’s been difficult for a Nintendo fan to watch the annual show. There were the odd nominees here and there, 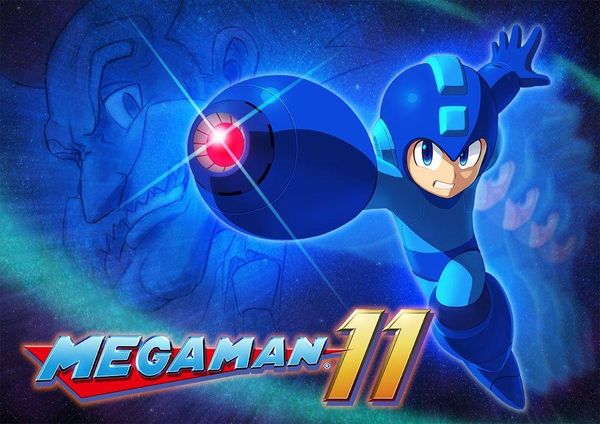 A little over a week ago, Capcom announced that we should all tune in to watch a special 30th Anniversary Mega Man stream on the 4th December. Mega Man’