Launching a video game on Kickstarter can be daunting, especially if it’s your first and you don’t know where to begin. We at Switchaboo may not be game developers, but we do have Kickstarter Project of the Week article series that highlights promising games on Kickstarter and as history as told us, there are many reasons why a campaign can succeed or fail. Here is what we’ve found:

1. Capture Attention with an Appealing Thumbnail

We scour video games on Kickstarter every week and let me tell you, there are a lot of budding developers out there. So in order to stand out amongst the crowd, an appealing thumbnail is crucial. This doesn’t mean that it needs to have an abundance of bells and whistles, just that it needs to intrigue and draw the viewer’s attention.

Avoid using generic fonts and artwork that look like they could have been done in Paint. It needs to be intriguing and of high quality, so whether you need to hire a freelance artist to accurately but appealingly attract people to your game is something to consider. However, you also don’t want to mislead the viewer if the game looks different from the thumbnail. Your audience isn’t dumb and when they see the difference, they’ll instantly lose faith and leave. Here are some of our favourite examples:

Once viewers click on your kickstarter campaign, they’ll immediately want to watch the trailer. Now I’m sure it comes as common knowledge to us gamers that a video game’s success can hinge on its trailer. There are many examples of how to make a good video game trailer, but to keep it simple, the trailer needs to demonstrate enough intrigue to its plot but more importantly, it needs to highlight your project’s gameplay and its hook. Each game project should have a hook that makes it unique, so highlighting this as much as possible within the game’s context is your surefire way to drum up excitement and intrigue. Lastly, you’ll want to make sure that your game is technically sound so that the trailer does not show frame rate dips or poor design – no one will want to back a project that promises subpar quality.

Depending on the game’s genre, gameplay may vary and therefore the balance between the game’s plot and gameplay will tip one way or the other in the trailer. For example, if your project is a 2D platformer or an action-adventure game, you’ll want to showcase approximately 30% plot and 70% gameplay whereas for a point and click adventure or a visual novel, that scale may tip the other way.

After the game’s trailer, the video shouldn’t simply end there. Psychologically, visitors are more inclined to invest in your project if they can put a face to the project. Whether you’re a one-person developer or an entire team, people will want to see your faces and some behind the scenes footage of your workspace. It humanises you and reassures viewers that their hard-earned money isn’t simply going to a faceless corporation (we get enough of that already from certain AAA studios).

3. Provide a Thorough and Engaging Synopsis

Once you’ve engaged the visitor with your detailed trailer, if done correctly, they’ll want to know more and will begin scrolling downward. Here, you’ll want to sell your game with a full scale synopsis, outlining many facets of your project. However, you don’t want to overload the reader with information. The writing needs to be engaging and easily digestible, meaning that you’ll want to layout each point with comprehensive headings and have bulky paragraphs spaced out with dot points and images.

If writing isn’t your strongpoint or you don’t have a talented writer on your team, you may want to consider hiring a skilled freelance copywriter or at the very least, someone who can edit your work. Websites to consider are Fiverr and Upwork.

As specified before, you’ll want to break up blocks of text with images. These can come in many different forms and if you can tie them into the context of your synopsis, all the better.

e.g. “The game takes the form of a 3D action adventure however when you engage in combat, the display shifts to a 2D battle, much like you would expect in classic arcade fighting games.”

That there, ladies and gentlemen, is why I write about video games and not make them…

Getting back to the point, this image placement provides context to the paragraph and it does well to break up the bulk of the text. To provide variety, having concept art to showcase the game’s humble beginnings and progress demonstrates your hard work and dedication to the project. Lastly, gifs are neat… enough said.

Depending on which system the reader plays video games on can determine whether they choose to back it, therefore it is very important to highlight this. Console ports are often a good idea for stretch goals but don’t make promises if you cannot confidently fulfil them.

If you do plan on bringing your game to multiple platforms, do so both with images (commonly the platform’s logo) and in text (for the viewers who like to simply search for keywords).

If you don’t plan on bringing your game to a specific console or want to highlight that you cannot make any promises, explain your reasonings (e.g. the console doesn’t support the game engine, you have never brought a game to that particular console before or issues with funding).

These tabs are highlighted just underneath your project’s trailer, so not often does it go unnoticed. These sections are a great way to answer burning questions that you can predict viewers may have, keep them up to date on its progress and engage with the community that you and your team have established.

Don’t be afraid to repeat yourself in these sections as here, you can highlight important details that may go unnoticed in the bulk of the campaign. Details such as intended platforms, intended release date, any concerns that potential backers may have and even the game’s scope/length, for example.

The Updates section can also be used to highlight milestones that have been reached, any news tidbits and general messages that you wish to be highlighted both during and after the game’s campaign. These updates are also sent as emails to your backers, so this is a good tool to keep the game fresh in their minds so that they continue to spread the word of your project to their friends and family.

Lastly, it is very important to respond to comments, even if it isn’t a question. Just simply responding to statements with a “thank you” or a “we appreciate the feedback” can go a long way to show that you’re listening to your fanbase and are passionate about your own project, which therefore provides confidence to your backers’ investments. Remember, if the campaign hasn’t ended, backers can always withdraw their funding.

Social media is the most common way that people keep track of what they are interested in… not everyone checks their emails. Therefore, it is wise to highlight all of your social media accounts and any way that fans can continue to interact with you (Facebook, Twitter, Instagram, YouTube, Website, Discord, etc.). Long-lasting fans and earned media are invaluable to your ongoing success.

In the past, we have also seen developers provide a separate category of stretch goals where they promise to add minor additions to the final product if social media milestones are met (e.g. 2000 page likes on Facebook or 100 Retweets on Twitter). People like incentives for doing things that don’t cost them any money.

8. Make Sure You Have Something to Show

A common mistake is putting your game on Kickstarter too early. You’ll want to make sure that you have a lot of visual content, the concept of the game fleshed out, a clear direction for the remainder of the project’s development and comprehendible high-quality content that clearly indicates how the game will play out.

This can’t always be provided, but a playable demo is a great way for potential backers to try before they buy. I believe it goes without saying, but this can often make or break a backing if the demo is to a low standard. If it has issues or is a very early build, ensure that you make that you make that well known (preferably as a prominent note in the demo itself before they get to the gameplay).

We have heard stories from developers that have made the mistake of launching their game on Kickstarter during a busy time of the year (e.g. holidays, launch windows of highly anticipated games, Christmas, etc.). Choose quiet periods – March or August are good months – but don’t rush the campaign just to meet a deadline. Ensure that your campaign is to a high quality, that it ticks every box and it’s been thoroughly edited and proofread.

Launching your game on Kickstarter doesn’t mean your work is done – far from it! Instead, you want to make sure that you get the word out about your campaign as much as possible. Share it to your social media platforms, have your friends and family share it, share it to Reddit in the r/IndieGaming subreddit and shout it from mountain-peeks and rooftops!

More importantly, you want to reach out to audiences that you have yet to tap into. To do this, you can use the audiences that media outlets have gathered by contacting them and requesting that they do some coverage of your campaign. We can personally say that we absolutely love hearing from indie developers about their upcoming projects and are always happy to draw as much attention to them as possible. It may be daunting and anxiety may want to get the better of you, but reaching out to media websites via Email/Twitter/Facebook/Carrier-Pigeon is your best chance to expand your reach (I personally hope to one day receive a carrier pigeon… just saying). The worst that someone can say is no (or nothing at all) and if that’s the case, simply keep in touch with the ones who say yes.

Lastly, using the hashtag #IndieDevWorldOrder on Twitter is a great way to reach out to some truly passionate developers and media outlets. We’ll be sure to keep an eye out as well but if you ever want to contact us directly, feel free to send email to team@switchaboo.com. For this week’s Switch Kickstarter Project of the Week, we will be looking at Concano Games’ It is Nice When it Snows. The game is slated to release 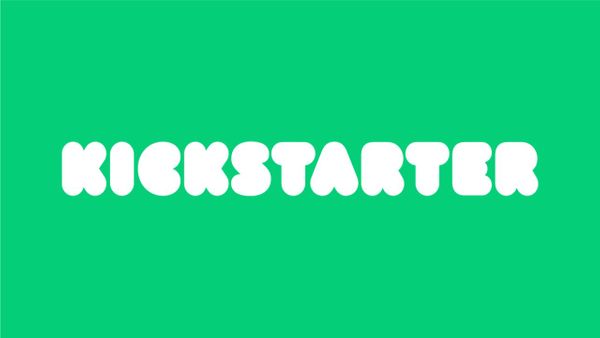 Launching a video game on Kickstarter can be daunting, especially if it’s your first and you don’t know where to begin. We at Switchaboo may not