Yet another mobile port makes its way onto the Switch with Witcheye, and it looks promising. The market for cheap simple Switch games is on the rise since the system is marketed towards young children and gaming on the go more than PlayStation or Xbox. Is this game a worthy distraction for kids or will parents need to look for relief elsewhere?

Gameplay in Witcheye is very simple: you move either control stick, and the titular witch’s eye you control will move in the direction of your choosing. Your goal is to make it across the enemy and hazard-filled stages and search for blue and green gemstones hidden throughout. Combat is as simple as running into enemies while they’re not actively attacking you. There are a wide variety of enemies to choose from and the boss battles are fast and fun. You can use the touchscreen to control the eye but it makes the game harder and arguably annoying. Witcheye is a mobile port that is only improved by being on the Switch.

Enjoying our Witcheye Switch review so far? Don’t forget to like us on Facebook and follow us on Twitter for more Nintendo Switch content. Also, please consider supporting us on Patreon so that we can continue to do what we love doing.

The Level design is hit and miss. While some levels are enjoyable and well crafted, there are just as many that are either tedious or way too easy/short. I know not every level can be expected to be a masterpiece, however the inconsistency of levels within stages was a little off-putting. The lack of checkpoints in the later levels (with the toughest mid-level bosses) is a pain in the neck. The final battle reminds me of the Pokémon trainer that waits at the exit of a cave: after you’ve fought through a tough battle and have very little HP left, you have to fight an even tougher foe. Overall, the levels are a mixed bag.

The story is quite minimal: Once upon a time, a knight in shining armor stole all your stuff and you have to chase him to get it back. The role reversal is pretty funny but there is really no narrative beyond that. A game like this, designed to be played on smart phones in short sessions, wouldn’t really benefit from a complex story anyway. Less is more with a game like Witcheye.

The graphics in Witcheye are absolutely delightful. They’re colorful and in perfect sync with the overall whimsy of the game. The sprites look like something from the SNES era and give me the warm fuzzies of nostalgia. Each stage has a unique color scheme and keeps things fresh. There were no noticeable drops in frame rate throughout the game, allowing the experience to be smooth and enjoyable.

The pixelated bleeps and bloops that compromise the music of Witcheye are another layer on the nostalgia cake. The pleasant music blends well with the overall aesthetic and doesn’t overpower the rest of the game.

Click here to read our review of Bite the Bullet

Witcheye is a great port of a decent game. The gameplay and aesthetics are pleasing but this probably isn’t a game that an experienced gamer would buy for themselves. That being said, anyone who does purchase this to placate their offspring will be pleasantly surprised. The gameplay, while simple, isn’t as mindless as it might seem and the art direction is superb. This game is a testament to the diversity in modern gaming: not everyone wants the mainstream “hardcore” games and the Switch manages to provide something for every type of gamer. While Witcheye isn’t something spectacular that will be a classic in years to come, it has earned its place in the eShop by serving the purpose of games like these: to be accessible, cheap and finely crafted.

Thank you for checking out our Witcheye Switch review, thank you to Powerup PR for providing the review code and thank you to our $5 and up Patreon Backers for their ongoing support: Weirder things have happened, but Nintendo has just announced something quite unexpected. On November 6th, a Fortnite special edition Nintendo Switch console will be made available in retail and online 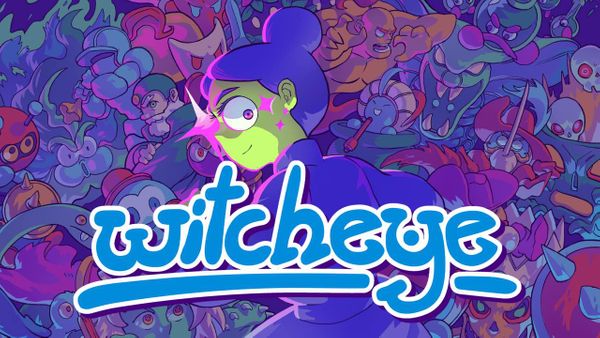 Yet another mobile port makes its way onto the Switch with Witcheye, and it looks promising. The market for cheap simple Switch games is on the rise since the system