Tokyo Mirage Sessions #FE Encore takes place in the heart of Tokyo where the magic of Japanese pop music is created. However, idols have been mysteriously disappearing, much to the despair of Tsubasa Oribe who had her performing sister disappear whilst on stage before her very eyes. Five years have since passed and Tsubasa is now of age to take centre stage herself. With her friends Itsuki Aoi and Touma Akagi by her side, Tsubasa is now on a mission to rescue her sister and find who, or what, is responsible.

The combination of Shin Megami Tensei and Fire Emblem creating a standalone JRPG based around Japanese pop idols was confounding at first, but it just goes to show that anything can be achieved if done so with the right amount of inspiration and planning. The general structure can grow to be monotonous with layouts of: walk here, dialogue, walk there, dialogue, Idolasphere dungeon, boss fight, repeat. This can be due to Tokyo Mirage Sessions #FE Encore being a very story-driven adventure, but the game does well at redeeming itself with an engaging combat system.

Before initiating battles in Idolasphere dungeons, you are able to strike at enemies in order to stun them. You then gain an initial advantage by running into them or if you’re not in the mood for a fight, you can avoid them and continue on your merry way. There’s always a risk-reward to this as you’ll be able to continue on with the plot quicker, but later enemies and boss fights may be too strong for your lack of experience. You can train casually in the Bloom Palace however, which certainly helps to streamline grinding which a lot of JRPGs can be bogged down by.

The game progresses by the Topic system, a makeshift SMS/Discord chat system that provides context and furthers character development. There are oftentimes where you don’t get point-by-point instructions on where to go next, so keeping up with this is ideal. This can lead to a few moments of confusion as of where to go next, but it helps the game feel much more interconnected and natural. I only played a few hours of Tokyo Mirage Sessions #FE on Wii U back when it first released but from memory, the Topic system was situated on the Gamepad. Whilst this was a neat feature, the single screen design of the Switch doesn’t seem to hinder the experience at all.

Enjoying our Tokyo Mirage Sessions #FE Encore Switch review so far? Don’t forget to like us on Facebook and follow us on Twitter for more Nintendo Switch content. Also, please consider supporting us on Patreon so that we can continue to do what we love doing.

The general layout of the world is largely based around Shibuya in Tokyo, the heart of Japanese pop culture. While it can be tricky to move around at times, the authenticity of it plays marvellously into the game’s theme – especially if you pine for Japan’s city-life like myself.

When you’re not engaging in the hubbub of Tokyo, you are entering Idolaspheres that are the game’s name for a dungeon. Each dungeon is themed with a gimmick that dictates its puzzles and the way that you traverse it, which is very clever and carefully structured.

The story is vibrant, quite like the game’s colour palette. The concept of important figures in the Japanese pop culture industry being taken over by mirages is a wacky one, but the game doesn’t seem to do much with it. It gets full marks for its concept originality, but the execution can leave a bit to be desired.

The characters do a great job at being diverse from one another, with each being memorable in their own quirky ways. Whether it’s Tsubasa Oribe overcoming her stage fright as she becomes a famous idol, Kiria Kurono and her hard exterior but a softy at heart or Mamori Minamoto being a young child star who is accompanied by a large tank mirage, each has their own characteristics that allowed them to stick with me long after the credits rolled.

Much like any JRPG, Tokyo Mirage Sessions #FE Encore features side quests that help to add more context and flesh out the characters’ personalities. These side quests often focus on the members’ idol careers. The stories aren’t crucial to the game’s main plot, but you do receive bonuses that can be used in and out of combat.

One thing you can probably tell from the trailer and screenshots is that Tokyo Mirage Sessions #FE Encore is a bright and colourful game. The aesthetic may not be to everyones’ taste as it certainly targets a niche that is those who enjoy more traditional Japanese anime. However on the other hand, Japanese pop culture has grown increasingly popular in the west in the past decade so while it won’t have a mass appeal, it certainly has an audience. Tokyo Mirage Sessions #FE Encore is a breathtakingly stunning game – enough said.

As Tokyo Mirage Sessions #FE Encore is focussed around singers and idol pop stars of Japan, it’s not surprising to note that the game has a lot of great tracks that were produced by Avex, a music conglomerate in Japan. These tracks primarily occur during cutscenes, where the general gameplay tracks aim to create idle ambience which do an admiral job if not sometimes slightly mundane.

Going along with the general theme of Japanese pop culture, all of the dialogue is in its original recording to remain as authentic as possible. That means that there is no English (or other language) options, and all dialogue must be read by subtitles unless you can speak and understand Japanese fluently. This may be a turnoff for some, especially to those who prefer watching anime dubbed, but it works for the setting.

This Encore of Tokyo Mirage Sessions #FE rerelease thankfully gives this underrated Wii U gem a brand new lease on life. The bright colours, upbeat J-Pop music and engaging combat system makes the game a JRPG that is truly unique. It simply goes to show that left-field ideas and unlikely collaborations can create an experience like no other.

Thank you for checking out our Tokyo Mirage Sessions #FE Encore Switch review, thank you Nintendo Australia for the review code and thank you to our $5 and up Patreon Backers for their ongoing support: In Nintendo’s fiscal year report, they have revealed the total amount of Nintendo Switches sold, as well as the best selling Nintendo Switch games. According to the official 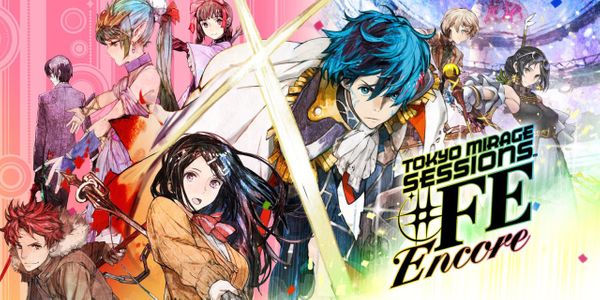 Tokyo Mirage Sessions #FE Encore takes place in the heart of Tokyo where the magic of Japanese pop music is created. However, idols have been mysteriously disappearing, much to the