Rune Factory 4 Special gives us a taste of what the beloved series can be on the Nintendo Switch. If you’re unfamiliar with the franchise, Rune Factory has you tending to your farm as you would in the Harvest Moon/Story of Seasons games whilst layered with RPG elements. Rune Factory 4 initially released on Nintendo 3DS in 2012 and eight years later, here we are delving back in on our TVs.

Rune Factory 4 Special is a fun and enjoyable experience, combining farming simulation and combat, much like its predecessors. The combat is enjoyable at a base level, with the ability to use physical or magical attacks, but it doesn’t do much to break the mould like so many before it. Combat can also be clunky at times when engaging multiple enemies at once, providing a less than favourable addition to a farming simulator that also doesn’t do anything spectacular.

As is to be expected with a game that features combat, you level up and battle bosses to progress onward. For my first ten levels of the game, I didn’t even realise I was levelling up until I actively looked for it as the game doesn’t touch upon this as much as I would’ve liked it to. This makes grinding to be strong enough to defeat bosses tedious and repetitive, with little variety to further intrigue progression.

You can increase friendship levels with villager NPCs, allowing you to recruit them into your party and have them assist you in combat. You can also own a Monster Barn, which allows you to also befriend monsters and look after them. This is Rune Factory’s version of looking after barn animals, and they can fight alongside you as well (think caring and nurturing your eventual ARMY OF DOOM! Ahem… excuse me). At times, I felt as though these party members were more a hindrance than anything, adding onto your increasingly long list of responsibilities by being mindful of their health.

When you become the prince/princess of a village, you can get a license by taking a test, just like in real life. This feels weird when you go to get a license and you weren’t prepared for questions. The first time this happened, I simply guessed my way through the answers… I passed, but I didn’t feel like I had earned it. The licenses themselves are for various things, such as cooking, crafting, forging and other standard abilities in simulation games.

Rune Factory 4 Special‘s festivals are fun and interactive, creating much more depth. The festivals take place as mini-games and upon winning, you are awarded with prizes of seeds, food, medicine, etc. These festivals are much more interactive and entertaining from a gameplay perspective, which is genuinely something that older Harvest Moon/Story of Seasons games lacked.

Upon winning a festival, you are granted with a trophy. These are placed in the Trophy Room, which is in the basement of your house. It is here where you can replay the festival mini-games, which were a lot of fun in its mindless simplicity.

The game contains two gameplay modes: Story and Newlywed. The Story Mode is the basic game (no surprises there), but Newlywed Mode is unlocked once you marry one of the suitors in town. We won’t say anymore on that to avoid delving into spoiler territory.

In Rune Factory, you will receive requests in the town square from the request box Eliza. Completing these requests will net you rewards and prince/princess points. Fulfilling requests are a convenient way to gain more points and increase your relationship with the townsfolk. This is a fun way to learn more about the world and increase your knowledge and skill set.

Enjoying our Rune Factory 4 Special Switch review so far? Don’t forget to like us on Facebook and follow us on Twitter for more Nintendo Switch content. Also, please consider supporting us on Patreon so that we can continue to do what we love doing.

Rune Factory 4 Special doesn’t contain a trace of HD Rumble. This is a shame as the combat feels lacklustre in many ways, so a bit more oomph could have gone a long way. The port does contains the use of the Switch’s touchscreen in handheld mode, however it is only used in the menu and to continue dialogue, which almost feels unnecessary.

The overall layout of the game map works very well and is relatively straightforward. I didn’t find myself getting lost, however there were parts of the world where an environment model (e.g. a rock or tree leaves) would be misleading. This became frustrating when I’d forget that the pathway was blocked and would have to find another way to get to where I needed to be. In saying this, after I became aware of the paths through the map, it became easier to navigate.

It wouldn’t be a fantasy RPG without dungeons! As you enter one, the game will provide a recommended level, forcing a sense of linear progression. The dungeons act as mini puzzles, but don’t expect any Legend of Zelda level of depth and creativity.

Rune Factory 4 Special follows your character, either male or female, as they become the prince/princess of Selphia. It follows an interesting storyline which will take you all around the world you’ve become immersed in. The story is split into three arcs which flow together seamlessly.

The writing in the game is fun and the character dialogue is well written. I was always interested in what each character had to say whenever interacting with them. However, the dialogue was poorly written and confusing at times, especially during main story quests. For example, Ventuswill, the dragon who rules Selphia, would throw a lot of information at you and with off pacing, it doesn’t get the message across quite as well as intended.

The first thing I noticed about Rune Factory 4 Special when I started playing is how it looked in docked mode. Unfortunately this is not a compliment, you can definitely tell that the game originally released on Nintendo 3DS and has not been optimised for the Switch’s larger screen or TVs; it is often horribly zoomed in, making the game fuzzy and a bit of an eye-sore. However when playing in handheld mode, I didn’t tend to notice it as much; I would highly recommend playing this game undocked.

The world and its features aren’t defined as well as one would hope, leading many exits and pathways to be unrecognisable as such. It reminds me of playing a PlayStation 1 game as due to its low-poly approach and muddy aesthetics, you cannot always believe what you see.

When meeting your potential suitors in the game you will be greeted with little animations to introduce them. These are a great little addition to the game which help to create a more interactive world. The same can be said for the little touches used throughout the world that help to create a more fleshed out experience. For example when raining, the villagers run from place to place as anyone would in the rain; these touches make the NPCs more alive and interactive.

The soundtrack fits the type of game, but there’s nothing particularly notable about it. Whilst it sounds nice, it definitely gets repetitive after a while, so playing the game on low volume whilst watching something on Netflix may be the way to go.

I can say that if this Switch port of Rune Factory 4 was sharper and had more love and care, it could look amazing. With the skeleton of the game having been defined, this port has me very excited for Rune Factory 5. Rune Factory 4 Special is a good RPG and a good farming simulator, however it doesn’t excel in either aspect. However, it still has the charm of a Harvest Moon game and is a wonderful addition to any Switch library.

Thank you for checking out our Rune Factory 4 Special Switch review, thank you Marvelous Games for the review code and thank you to our $5 and up Patreon Backers for their ongoing support:

Snack World: The Dungeon Crawl – Gold is a charming little dungeon crawler set on a charming island continent. Battle your way through dungeons and collect as much loot as 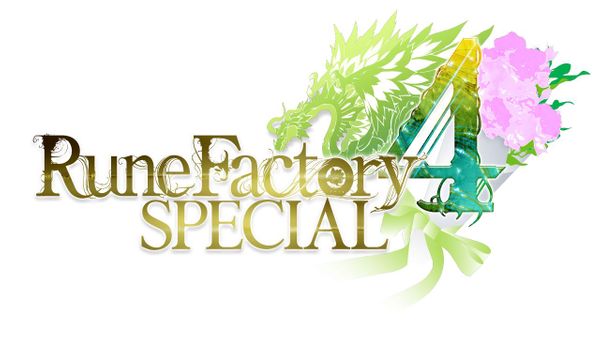 Rune Factory 4 Special gives us a taste of what the beloved series can be on the Nintendo Switch. If you’re unfamiliar with the franchise, Rune Factory has