The third boss guide for Retro City Girls is for Hibari, a popular fashion designer who mocks Kyoko and Misako for their sense of style. Let’s start proving her wrong by beginning with…

When Hibari floats to one side, run to the other. She’ll send a shower of balls of energy down so if you’re on the other side, you’ll be fine!

Secondly, Hibari will summon enemies who are much easier to take down as they only need three quick attacks to take down. Do so whilst dodging the balls of energy come your way… I manage to do this by, at the last second, jumping onto the wall and kicking off so that you jump over them.

Then, Hibari will fling a sewing needle towards you. When she does this, make sure you’re on the opposite side (or to one side if she’s in the middle) and jump over it to avoid being hit. This should rebound straight at her, causing her to fall to the ground, vulnerable to your attacks.

When you get to Hibari, don’t waste your time with quick attacks. Simply spam your power attack to deliver the most damage possible.

Then, we’ll move onto…

Hibari mixes things up quite a bit in the second stage. Her first attack will be to send down two beetle drones that will self-destruct on you if they get low enough. Take them out whilst avoiding the zip-lines and do so quick enough so that once they’ve finished, you can find a safe space avoiding the beams of light that deal A LOT of damage.

Hibari will also send beams of energy at you in all sorts of ways. Do your best to avoid them whilst taking out her cronies.

Lastly when she looks to be powering up like this, run to the other side to give yourself the best chance of avoiding all of the energy balls that shoot out.

With all that, continue the process of Phase 1 until you reach…

When she sends out her bug drones, she’ll have four this time, with more zip-lines to avoid. When she does this, don’t stress about taking out all of the drones, you can leave one or two until after the beams activate, just as long as you create some space between you and them.

She’ll also continue to send out beams of energy, so do your best to create as much space between you and Hibari as possible. 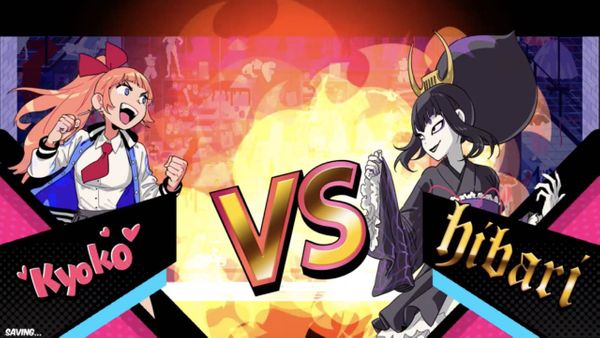 The third boss guide for Retro City Girls is for Hibari, a popular fashion designer who mocks Kyoko and Misako for their sense of style. Let’s start proving