For fans who have patiently awaited the sequel to the masterful side-scroller that is Ori and the Blind Forest, disappointment is a word that will not even come close to describing the journey. The continuation of the story in Ori and the Will of the Wisps retains the unnervingly sombre charm and juxtaposed bliss atmosphere of the original whilst refining everything that came before.

When it comes to a sequel, there’s that slight worry that the new entry won’t build upon its predecessor enough to stand on its own two legs, but whilst Will of the Wisps isn’t exactly a leap up to the calibre of Assassin’s Creed 2 or Uncharted 2, it’s more than worthwhile venturing into for its engaging new story and refined combat and platforming. Like the first, this game is a side-scroller metroidvania that has you traversing an open world, taking in the gorgeous environments as you back-track, pedal and leap about, but where in the original you would have to gather experience to level up and nab unlockables, the sequel has reworked the skill tree entirely, favouring sequential upgrades to health and energy with the option to unlock ram attacks and damage reduction. It’s a neat twist on the original that feels less tedious and more rewarding.

This is a welcome sight, but it’s not the only means of progressing Ori’s prowess. In Will of the Wisps, you’re back to square one – that’s not too surprising as it is a staple of most sequels, with the protagonist somehow falling smack bang to square one, losing their precious armour, weaponry and know-how so that the pacing doesn’t begin with an iron-clad warrior that trounces the most ferocious of foes. Fair enough – it’s all fine and dandy anyhow, as it means you get to breathe in the beautiful scenery as you climb and jump your way from area to area, finding new abilities that unlock new doors. This is much like in the first game, so it should be familiar enough – if it isn’t broke…

Another element of the first that has been changed is its simplistic combat system which saw Ori wielding a singular, upgradeable weapon. There’s a much larger variety on offer with the energy sword and boomerang to name a couple which only makes for a less repetitive fighting system as there’s more means to take down those squishy enemies stood between you and your goal. Nonetheless, the smaller, more common grunts do get somewhat stale after a while and so it becomes much easier to simply hop over their heads like they’re a hapless goomba so that you can quickly progress.

Enjoying our Ori and the Will of the Wisps Switch review so far? Don’t forget to like us on Facebook and follow us on Twitter for more Nintendo Switch content. Also, please consider supporting us on Patreon so that we can continue to do what we love doing

Naturally, combat isn’t the only aspect of the gameplay, so putting aside high-octane, challenging boss-fights and unlockables toppled with nifty weapons, the platforming is as big a reel. The puzzles and traversal are perfectly interwoven into the world’s design and the challenge is present but still fair – we’re not talking Super Mario Bros: The Lost Levels but an equilibrium in which you’re found struggling whilst also learning the patterns, making for an utterly rewarding romp.

The motives for Ori’s journey this time around are simple as they embark on a journey into the Nibel forest to uncover a world shrouded by dark, not to be confused with FromSoftware’s meat-grinder. Ku makes his return and his adorable appearance is only a shred of the oohs and awes that are on offer as, like the first, Will of the Wisps juggles emotional, heartfelt moments with breath-taking and heart-warming charm. There’s an aura of bleak tragedy coated in a palatable sense of serenity that can be best compared to the feeling of watching a full moon meander by in a purple-tinted sky atop a hill in the midst of winter.

Ori and the Blind Forest came out in 2015 but it holds up with its beautiful designs and surreal visuals, especially because of its sublime lighting and vibrant, diverse colour palette. Will of the Wisps is no different but, in terms of crisper graphics that pop better, showing the progress made in that brief two year gap, you’re likely to miss it on the Switch, as the full-screen experience is still a lower resolution, fuzzier glimpse of the genuine artifact. Nonetheless, it holds up and still looks remarkable, on par with the first, just not leaps and bounds above.

The visuals and world along with the superbly written narrative all craft a sombre tone and the music, with its fantastical melodic vocals, only enhances this, completing the picture perfectly. The emotions of every single moment, whether that’s simply walking through the forest, keeping your head high as you venture on your journey, biting your teeth as you push towards the finish line of this heart-warming narrative, or facing a darkness that puts the light of Ori into perspective, all is exaggerated tenfold by the score. Like most of Will of the Wisps, music is another aspect that was execute to such high highs in the original that has somehow been improved upon.

As far as side-scrolling metroidvania platformers go, the Ori series is the crème de la crème and going up from such a high beginning was likely no easy task and perhaps one that not many expected the developers to pull off, but they’ve managed to make a sequel that exceeds expectations, retaining all the charm, personality, and childlike wonder.

Thank you for checking out our Ori and the Will of the Wisps Switch review, thank you to Forty Seven PR for providing the review code and thank you to our $5 and up Patreon Backers for their ongoing support: 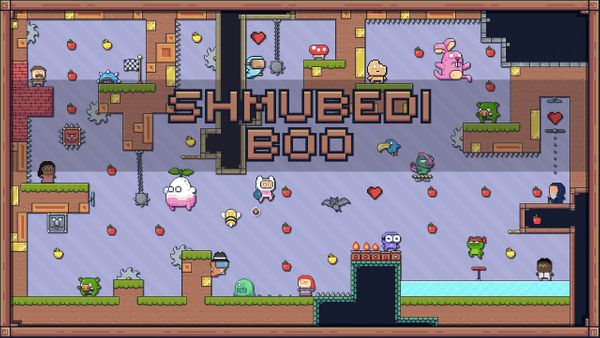 The small indie team of Dymtro Derybas are releasing Shmubedi Boo October 7th, a single screen platformer game much like Super Meat Boy and Celeste. It is a hardcore platformer For fans who have patiently awaited the sequel to the masterful side-scroller that is Ori and the Blind Forest, disappointment is a word that will not even come close to