All aboard a puzzle adventure along the railroad tracks, collecting lost gold and proceeding from one crazy world to the next. Locomotion‘s family-friendly approach is an invitation to players of all ages. With a total of 52 bite-sized levels to enjoy across four unique worlds, Locomotion is perhaps a perfect puzzle game to experience on Switch.

Locomotion takes a simple concept and creates some truly inspiring gameplay. Its mechanics are quite unique, having you control a train back and forth whilst being able to adjust the directions of the tracks. Arguably, the controls can be cumbersome when there’s a lot happening at once; I frequently found myself stopping to remember which buttons I needed to press, meaning that the control scheme isn’t particularly intuitive, but the reward is so satisfying that I was rarely hung up on it.

The game’s difficulty ramps up by the sheer complexities of the tracks. As you progress, you’ll come across new objects and their unique effects, whether that be a magnet laser that attracts metallic objects, blowing wind that pushes carriages away, buttons that require weight on them to activate and switches that require the train to go through them. Locomotion gradually introduces the player to more complex designs and there was rarely a difficulty spike that the player shouldn’t be ready for. The opening may hold your hand a little more than it should for more experienced players, but it’s best to keep in mind that this game is recommended for players of all ages.

Enjoying our Locomotion Switch review so far? Don’t forget to like us on Facebook and follow us on Twitter for more Nintendo Switch content. Also, please consider supporting us on Patreon so that we can continue to do what we love doing.

I was surprised when I undocked Locomotion and realised that there was no touchscreen to play around with. The option to move the camera around and select train track switches with it would have been appreciated and it was honestly surprising when this control scheme was omitted. However on the bright side, with the Switch’s portability, you can now control a train on a train!

The 52 levels across four differently themed worlds are wonderfully creative. With a 360° rotatable camera overlooking diorama layout, the worlds reminded me of Captain Toad’s with a similar dose of charm. However, Locomotion‘s camera controls are inverted and whilst some players may prefer this, not providing an option to change this is quite an oversight. I also found that the camera was zoomed in just a tad too much, resulting in some corners being awkwardly cut off out of screen. I immediately realised that an option to zoom in and out would have also been handy.

I was pleasantly surprised when I learnt that Locomotion has much more of a plot than one would initially expect. Set in the Wild West, the character dialogue is endearing and the minimal plot about encountering aliens on your quest for gold provides a sense of progression and meaning, despite sometimes relying a tad too heavily on stereotypes.

The art aesthetic is wonderfully pleasant, bursting with lighthearted charm and personality. If you’re a stickler for the technical side of graphics, Locomotion has the occasional rough edge that’s especially noticeable in docked mode on a big screen, but its charm and jolly personality makes it easily forgivable.

Speaking of jolly, so too is the game’s soundtrack, with each song charmingly based around each world’s theme. The game’s speech also adopts the tried and true Banjo-Kazooie-esque murmurs which is fun without being too overbearing.

Click here to read/watch our review of Aeolis Tournament

Locomotion is a spectacular indie darling that deserves the attention of every puzzle game enthusiast. Its unique premise will challenge your puzzle-solving skills and its delightful aesthetic keeps you coming back for more. The main complaint would have to be Locomotion‘s rigid camera but once you grow comfortable with its general control scheme, the game is a pure delight through and through.

Thank you for checking out our Locomotion switch review, thank you to Polyfox for providing the review code and thank you to our $5 and up Patreon Backers for their ongoing support: 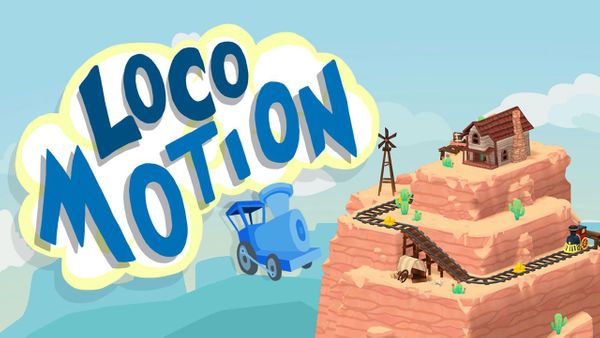 All aboard a puzzle adventure along the railroad tracks, collecting lost gold and proceeding from one crazy world to the next. Locomotion‘s family-friendly approach is an invitation to