A long time ago (2005) in this very galaxy, we were treated to the release of LEGO Star Wars: The Video Game. That game broke ground and spawned sequels, spinoffs and other various adaptations. Now, a complete renewal of the series has launched as LEGO Star Wars: The Skywalker Saga which features all nine episodes of the movie series.

The first thing that struck me about LEGO Star Wars: The Skywalker Saga was how big the galaxy feels. The closest thing to a hub is space travel. You can fight in space battles, hunt for collectibles or simply cruise through the cosmos in a vast collection of ships. It looks phenomenal, makes the world feel full and tickles that specific nerd-glee that only Star Wars can.

The sheer number of characters, vehicles, stories and planets are mesmerising. There is so much content here that there’s going to be something that speaks to every level of Star Wars fan. Every now and again, I’ll ask my wife to play the games I review with me to see what the co-op is like. She absolutely hates Star Wars but still had a blast playing as BB8 through the Sequel episodes while I was in awe of the level of detail and references the maps contain. This broad appeal serves to make this game a universal experience.

The combat is fresh and vastly improved over previous LEGO games. Instead of mindlessly hacking at enemies, combos and character specific attacks keep the melee feeling fresh, while blaster-based combat is wildly intuitive and sharp. It’s fun, plain and simple. The characters are also animated in ways that make their attacks feel varied and aligned with their specific characters, adding nice charm to the experience.

The story is abbreviated but self-aware. The dialogue is delivered expertly by the voice actors and the writers deftly sprinkled in humour where there was none originally without sacrificing the integrity of the story. Slapstick background gags, meta references and general hijinks are all over this game and they are incredibly welcome in a series that oftentimes is taken a bit too seriously by the fans. This entry is a testament to the fact that the entire series is held together by performance and a little magic and could’ve easily flopped like all the forgotten sci-fi of the 70s. The Skywalker Saga is the perfect mix of lore, drama and camp.

The first issue I had with this game is the choppy nature of this nearly 1:1 adaptation of the nine mainline Star Wars films. It’s a very faithful adaptation and that will please a lot of people, but some of the charm of the original LEGO Star Wars game was the building of levels around the main story beats of the films without trying to explain in great detail what was happening, which led to some creative level designs that weren’t necessarily canonical, but were really fun. This revamped collection feels very limited by the exact plot of the movie in spots where the feeling of “this meeting could’ve been an email” is evoked. For example, the sequence in The Phantom Menace portion where Jar Jar leads you to the underwater city on Naboo consisted of following him for maybe 20 steps into the lake and 20 more to the next story progression. This feels very jarring (no pun intended) since they’re painstakingly adapting the story; this very short uneventful sequence could’ve been summarised by a single cutscene. These short bits of clunky adaptation led me to wish there was a little more breathing room for the developers, because the original games felt like they were building a game around a very abridged version of Star Wars, while LEGO Star Wars: The Skywalker Saga feels like they’re more focused on retelling the exact story than having fun within the medium of video games. There are moments where you can explore the map and solve puzzles within the confines of the setting, but the choppy awkward bits bring the experience to a screeching halt.

Unsurprisingly, the Switch occasionally struggles to run this next-gen centred game at a steady framerate. The load times can be annoyingly long and I had at least two crashes on my playthrough. Luckily, these instances of issues aren’t enough to detract extensively from the experience, especially since this is seemingly a fact of life with Switch hardware. Definitely annoying, but forgivable.

My last major issue feels petty to even complain about and this is definitely not an issue for the entirety of the fanbase. This game is subtitled “The Skywalker Saga” and there isn’t any whiff of The Clone Wars (the most time we spend with any Skywalker) in this game, which is disappointing. I understand the hesitancy, because The Clone Wars TV show is massive enough for a game of its own, but it feels weird to ignore it completely in the main game. Ahsoka and The Bad Batch are going to be paid DLC, which feels even worse, because they understand that these characters are valuable in some way but hidden behind a Battlefront-esque paywall. The entire reason The Clone Wars existed in the first place was to supplement Anakin’s storyline and give him characterisation that the prequel films missed. Characters like Ahsoka and Rex are a vital part of Anakin’s arc and their absence is very noticeable. There are 16 astromech droids and 17 versions of Luke but Ahsoka is tacked onto DLC for The Mandalorian which is only tangentially related to The Skywalker Saga. Most people won’t notice this or care, but it’s worth mentioning.

LEGO Star Wars: The Skywalker Saga is truly breathtaking. It’s fun, sophisticated and enveloping. Though it has its share of minor flaws, it manages to capture the feeling of Star Wars (which is also flawed) and create an experience that can bridge the gap between generations and tiers of fandom. I would’ve been happy with a copy and paste remaster, like we’ve been used to in recent years, but this is so much more. It’s an experience remade from the ground up and serves as proof that lightning can indeed strike twice. It’s something that I didn’t know I wanted but I’m going to spend a lot more time playing. I look forward to 100%ing this game which is not usually something that motivates me to play, but there’s something about this game that is just wholesome fun and has so much replay value compared to most story driven games. This is one of the best Star Wars games ever, and is definitely the best LEGO game.

Thank you for checking out our LEGO Star Wars: The Skywalker Saga Switch review, thank you to WB Games (via Koch Media AU) for providing the review code and thank you to our $5 and up Patreon Backers for their ongoing support:

For more reading, check out our Parkasaurus review. 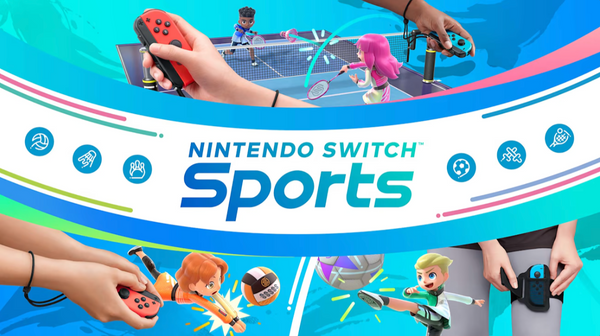 "Despite its flaws, Nintendo Switch Sports is a game that pretty much anyone can enjoy." 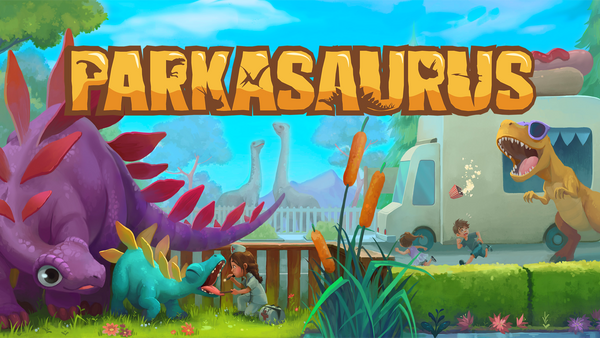