While Into the Breach may appear to be a turn-based strategy akin to the Fire Emblem series, it tends to have more in common with a puzzle game. And it’s brilliant. The player takes control of three piloted mechs in order to prevent alien insects from destroying the world and its inhabitants, and with a vast array of weaponry, strategies, and no two playthroughs being alike, this is absolutely worth the small pricepoint.

While sharing gameplay elements from traditional turn-based games, such as enemies spawning every turn and the movement system we all know and love; the biggest difference Into the Breach brings to the table is the ability to see exactly what the enemy is planning to do. Enemies still move wherever they like, and without your knowledge of their exact plans; however, how they plan to attack you, and the buildings you must protect, are disclosed. With this critical information, you are able to stun, block, shield, push, and pull enemies however you need in order to protect yourself, or even make them turn on each other. It adds a layer of depth and satisfaction at the end of the turn after you calculate the perfect move set to minimise the damage of your foes.

The player progresses through multiple levels on four different Islands, and after completing an Island and defeating it’s boss, the player may buy upgrades such as new weapons or power points for their mechs. This in turn gives them access to better combos, upgraded skills, and allows them to grow stronger. This store mechanic borrows heavily from the developer’s previous game, FTL: Faster Than Light, but lacks the nuance and branching choices that make FTL’s currency and upgrade system so compelling.

While Into the Breach is almost entirely gameplay-focussed, the narrative has an interesting twist that had me considering the moral and ethical ramifications of restarting the game. Each time you lose, you may select one pilot to send into the past of an alternate timeline. Each time you wish to quit, the game forces you to painstakingly ‘abandon timeline’, leaving behind millions to be slaughtered by alien insects.

Being able to bring the same pilot along through the many playthroughs you will inevitably have, creates a bond that will last forever between player and pilot…until they’re killed. It is grimly enjoyable reading a character bemoan ‘here we go again…’ after having to suffer through my regretful decision-making the previous game, causing their friends and family to be slaughtered, and really adds to the personality of the world.

The art style is a typical top down, 16-bit mockup that is seen commonly in gaming, and won’t blow the socks off anyone experienced with this art form. Character animations and movement are crisp, clean, and visually appealing.

The game is set over four Islands, each with its own theme and types of enemies. While diverse from one another, I would have loved to have seen different concepts of each island, or just more islands in general, because they were all so wonderful to explore and take in the first time around, and upon multiple playthroughs, still manages to engage and entertain.

As with the art style the sound design is par for the course – the course being a decadent luxury steak that, even if you’re familiar with the taste, is still a damn good time. That’s really all there is to it. It’s not genre-defining, but is certainly above many other indie games.

While Into the Breach uses an age-old gaming genre, it is one of my most personally beloved. Its unique gameplay mechanics and the ability to foreshadow the enemies attacks, while straying from conventional turn-based strategy formula, adds a degree of depth and satisfaction once I find the perfect solution to my problems. While the storyline is passable and generally forgettable, the art style and soundtrack, as well as the brilliant gameplay, kept me coming back for another turn for days on end. For this week’s Switch Kickstarter Project of the Week, we will be looking at Insert Disk 22’s Born Punk. Here’s the description: Born Punk is 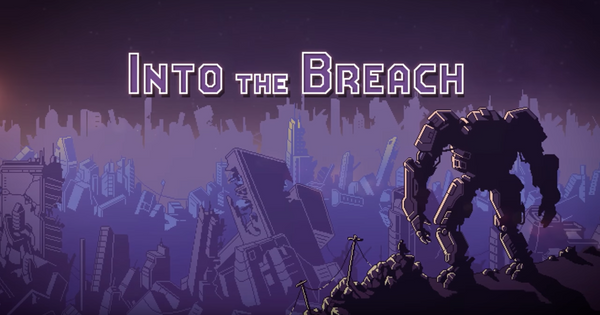