Gorogoa is an artistic puzzle game that is laid out on a square with four images. The player must delve deeper into each image to find connections with each other. Guide the young boy across various religious and spiritual themes in a 20th century European setting.

The puzzles in Gorogoa are incredibly imaginative, seamlessly transitioning from various images in order to solve them. Many images drop hints of ways to progress as you’ll need to guide the young boy through many different scenarios by leading him from one image to another. Some puzzles can offer quite the challenge that requires you to think on multiple layers (literally).

The art style is absolutely stunning, featuring hand drawn art that will often make you stop in order to marvel at the fine details. Gorogoa intentionally features no text in order to be accessible to everyone, and it does a perfect job of guiding the player through its artistic directions and design.

The story is subtly told through art squares that take a moving picture approach. It tells of 20th century Europe struggling through war and finding peace beyond that in order to begin anew.

Gorogoa’s sound design is subtle, but it focuses on mood setting rather than catchy melodies. As the story progresses, you may notice some neat touches, such as the rustling of leaves or war sirens in the background; the emanating star in the night sky or exploding bombs being dropped on the town outside.

Upon completing the game, you’ll have access to the original 2012 demo, however it’s a little odd that it deletes your save file.

Gorogoa’s controls can feel clunky when playing in docked mode with a controller as the game was predominately designed to be played using a mouse and keyboard or touch screen. In some instances, the game can benefit from being displayed on a big screen as it makes it easier to see finer details, a task that can prove to be a little difficult in handheld mode.

While the puzzles are incredibly imaginative, you may often find yourself just mindlessly zooming in and out of images and moving them around until you accidentally come across the answer.

Some menu and control options can be a little too ambiguous, with it not immediately pointing out whether you can toggle hints on and off or being able to double tap (or double press) on a square in order to enlarge it. A minor complaint, but it did strike us as odd when we uncovered these options halfway through the game. Which leads on to our next point…

The game is quite short with absolutely no replayability aside from seeing the gorgeous artwork again. There are no alternative ways to solve puzzles as it follows a linear path, so enjoy the time you have with it.

Gorogoa is a truly spectacular experience that you just won’t be able to get enough of. It leaves a lasting impression and is a game unlike any other. For fans of puzzle games and art, this game is a must-buy.

Praise must be handed to Jason Roberts, the sole designer of Gorogoa who single handedly created this entire experience (aside from the music composed by Joel Corelitz). Gorogoa is a truly fantastic and unique gaming experience.

What are your thoughts on Gorogoa? Let us know in the Comments section below. 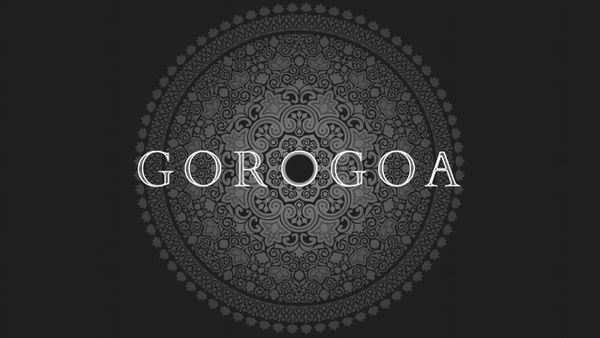 Gorogoa is an artistic puzzle game that is laid out on a square with four images. The player must delve deeper into each image to find connections with each other.