Etherborn is a 3D puzzle platformer that has some very tricky puzzles. Each world gets increasingly difficult, but to continue on with our Etherborn Walkthrough, let’s get started on World 3: Structured Thoughts

Continue across a strictly linear path with black and white beams forming platforms for you to jump across. Keep going until you reach this point…

From there, you want to run to the right, running sideways and jumping onto the next block all the way across and up.

Soak in the scenario and progress to…

Run up the red ramp to the right, left then down onto the black beams sticking out upward. Then jump across as shown below…

Then jump to the right beams, the top then the left in order to get up to the top. From up here, you can run around to the right and grab this puzzle’s first Key Orb.

Now head back to where you reached the top and run over the curve to the other side of this cube puzzle. You cannot get the Key Orb that’s on this face just yet, so continue through the next curve on the left. And then down where you should now be where there are five Keyholes. Head down the curve downwards and make for the bottom right corner where you’ll be able to drop down a thin curve to grab the second Key Orb.

Head back to face that has the Keyholes and from here, walk off the right opening and you’ll land on some black beams that will come out when you’re close to them, allowing you to grab the third Key Orb.

From here, jump up-left to the next black beams and walk down the ramp next to the stairs to grab the next Key.

Climb the steps, walk over the curve in the top-left corner to the next face and drop through the gap to collect the fifth and final Key for this puzzle.

Fall back down to the red faces and proceed onwards like you had before to the Keyholes where you can now place all five Key Orbs into them.

First, jump onto the black beams straight ahead of you and walk up the ramp. Drop down two levels and walk over to the right to grab the first Key Orb.

Now head back down the ramp onto the black beams and jump onto the white beams so that you’re facing upright. Then jump up to the right so that you’re standing on the second-to-heighest platform as shown below…

Now we have more room to move! Proceed left around the bend and follow the inside track to grab the next Key Orb. Continue walking upwards so that you’re upside down, walk over to the left and grab the third Key Orb.

From here, you may be temped to walk down the ramp on the grey platforms and put your two new keys into the Keyholes there, but we don’t want to do that just yet. Instead, head back down the red ramp the way we came and fall down onto the side face of the stairs again…

Keep falling down from one platform to the next and fall through the small gap in between the rows of sticks.

Proceed all the way through this tunnel and out the other side, place your two Key Orbs into the two Keyholes here.

From here, we want to drop down, go all the way back to the red ramps below the stairs and fall onto the side of the stairs again as we will need to reenter the tunnel via the rows of sticks that we had done last time. This time when we proceed all the way through, we will enter the new area that contains the fourth Key.

Go back to where the Keyholes are on this level and walk down the curve so that you’re facing sideways. Jump onto the grey platform and then drop down all the way as shown below…

Walk left to go around the bend and you’ll be presented with a whole new challenge. Head to the the stairs and walk up the ramp to be running on the side of the black beams.

Proceed to the left and run up the ramp up the wall. Take a quick right to go down the thin blue ramp and jump onto the black beams here.

Run up the ramp, turn left and jump onto the black beams so that you’re next to the thin blue ramp facing sideways.

Walk to the right across the beams to the last set of black beams and run up. Jump to the right onto the red platform, go up one curve and jump to the left so that you’re on the black side of the platform.

Run up the curve so that you’re upright, jump onto the red platform and run up-right so that you go around the bend where the last Key Orb is as well as a beautiful view!

As much as you may not want to, jump down to where the five keyholes are (where we started). Walk down the bend and to the left so that you fall into the tunnel again. Proceed all the way through and when you get to the end, take a Key Orb out of one of the Key Orbs (don’t worry, we’ll put it back).

Now jump down and run down the stairs. When you get to the end of the steps and are at the red lanes, jump onto the second to the inside one and run up. 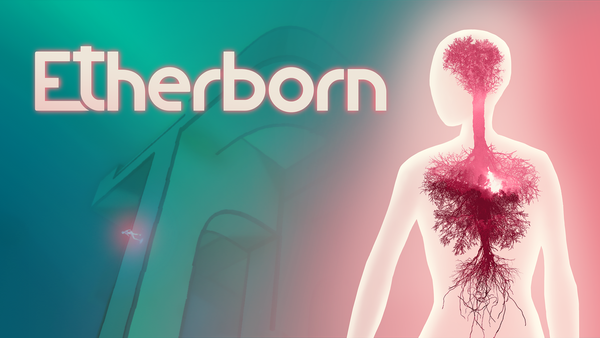