The Ageless Pandora boss is the first point where you know that this game means business. We’ve outlined how to overcome this Rock Guardian and make it to the next level.

The Pandora boss takes place in separate screen rounds, needing to overcome set obstacles for the Rock Guardian to break so that it won’t catch up to you in the next round.

In the first round, simply run to the right and jump onto the platform, making the Rock Guardian run into the step.

For the second round, run right and when you get up to each seedling, press Y to use your gift and dash rightward for boosts forward. Jump over the step at the end and proceed onward.

Next, run rightward and in mid-movement whilst underneath the hanging tree sapling, shoot it with an ageing arrow so a branch sprouts downward (make sure you’ve run past it so that you don’t get caught behind it). Continue onward and the Pandora Rock Guardian will run into it (silly Rock Guardian).

In the next round, press Y to enter Ageless mode on the egg before the pitfall. Use it to dash rightward, projecting the egg toward the Rock Guardian to destroy it and you’ll dash over the pitfall.

This next round is where it starts to get a little tricky. First, press Y on the first sapling to be able to dash rightward. Then when underneath the rhino above, aim upward with another ageing arrow and shoot the sapling switch to the right of the rhino as shown below. This will make the baby rhino walk and it will fall either onto or in front of the Rock Guardian, smashing it to smithereens: Rhino 1 – Rock Guardian 0.

In the next round, you’ll be able to jump to the next platform and activate a checkpoint. From here, simply jump across from one platform to the next, using the saplings on the side if needed to propel yourself upward with the Ageless gift.

When you past that section, you’ll see a third stage Rhino behind a block wall above you. Whilst running rightward, jump up so that you get its attention, making it charge forward. By doing this, the Rhino will charge through to block wall and collide with the Rock Guardian: Rhino 2 – Rock Guardian 0.

Has our Ageless Pandora Boss Guide been helpful so far? Don’t forget to like us on Facebook and follow us on Twitter for more Nintendo Switch content. Also, please consider supporting us on Patreon so that we can continue to do what we love doing.

Continue rightward and when you see the third staged Rhino standing on the block platform, shoot it with an ageing arrow to make it old, allowing it to fall through downward and opening up the way for you to continue onward.

The next frame is quite simple. Shoot the sapling on the wall with an ageing arrow to make the branch sprout outward. Make sure to drop down in time to avoid the Rock Guardian running into you and you can move on to the next section.

Here, use your Ageless gift from the end of the branch sprouting outward to propel yourself in an up-right direction to the next platform. On the next two points where you need to do this, you will first have to shoot the saplings with an ageing arrow, making the branch sprout outward.

In the next segment, jump onto the stage 3 Rhino and ride it as far as it will go. Then jump onto the next one and when it bursts through the block wall and jumps off of the edge over the gaping chasm, use your Ageless ability to propel yourself to the next platform (Super Mario World Yoshi style).

Now you’re at the home stretch. Use the saplings to propel yourself rightward as we had done before, wall jump upward and you’ll reach the picturesque landscape to signify that you have beaten the Ageless Pandora boss. The Ageless Remnant boss kicks the game’s difficulty up a notch with its long roots firing out at you with barely a moment’s notice. So we& 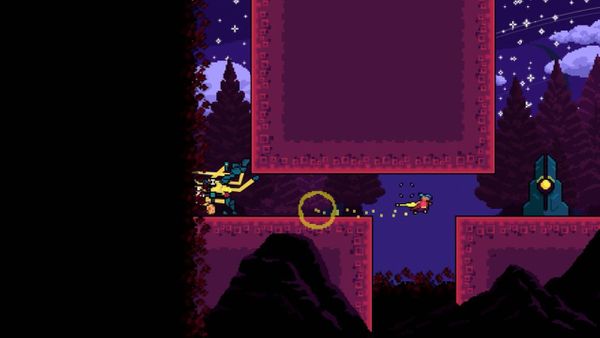 The Ageless Pandora boss is the first point where you know that this game means business. We’ve outlined how to overcome this Rock Guardian and make it to