Nostalgia is a powerful tool in video games; sometimes even a single pixel can take you back to better times. Adventures of Pip understands this by taking place within a world where pixels and sprites are common knowledge and Princess Adeline contains the magical ability to shift them. The kingdom is at peace until the evil Queen DeRezzia kidnaps the princess and uses her ability to plunge the world into pixelated chaos. Yet waiting in the wing, a young single bit adventurer named Pip must learn to grow (in both courage and resolution) in order to put an end to the Queen’s rampage.

Adventures of Pip‘s main hook is its ability to transform across three different evolutionary stages, starting off as a 1 bit block, then to an 8 bit boy and finally, to a 32 bit adventurer. Each evolutionary stage has their own unique abilities which adds strategic planning in addition to its standard action platformer gameplay.

As you continue through levels, you can find villagers who have left the kingdom and seek a brave hero to find them. There are three in each level and these act as bonus collectibles for all you completionists out there. Finding gems as the game’s currency is also vital as these villagers rebuild the city’s shops, allowing you to purchase upgrades.

Enjoying our Adventures of Pip Switch review so far? Don’t forget to like us on Facebook and follow us on Twitter for more Nintendo Switch content. Also, please consider supporting us on Patreon so that we can continue to do what we love doing.

Adventures of Pip adopts the classic Super Mario Bros. 3 design where you proceed along an overworld map, delving into start-to-finish levels. These levels aren’t particularly linear in their design with multiple pathways and hidden secrets to uncover.

The levels are short and this is by no means a bad thing. Playing through Adventures of Pip, the short levels came as a breath of fresh air as I continued from one level to the next with each taking approximately 5-10 minutes to complete. On the Nintendo Switch, a console that is great for quick and convenient pickup and play sessions, this worked a treat.

The game is quite challenging but no where near to the point of some tough-as-nails platformers like Super Meat Boy and Celeste. It provides a steady challenge whilst allowing for a generous flow that feels natural and engaging. What is frustrating in regards to Adventures of Pip‘s level design is its checkpoint inconsistencies; some may be placed strategically to the player’s convenience (whilst not detracting from the game’s challenge) whereas others seem abnormally elongated to create artificial difficulty.

The game’s plot is simply adorable and coincides well with its pixel setting. Combining its unique pixel-shifting graphical approach with the game’s plot makes for some funny and well thought out moments that couldn’t have been achieved otherwise.

Whilst the dialogue is funny and endearing, it often came across as cringy and disjointed. The dialogue and plot progression doesn’t exactly take centre stage, but these moments, whilst will put a smile on your face, may result in a head shake or an eye roll.

As Adventures of Pip is based around the concept of pixel graphics, the game does a marvelous job at blending 1, 8 and 32 bit graphics together. You’ll often stop to look at the mismatch of gaming history in the backgrounds and chuckle as 1 bit square blocks interact with 32 bit sprites.

The soundtrack is lovely and charming, providing a great emphasis on stringed and piano instruments. Its wide range accompanies the game’s themes in a tactful manner with lively music playing atop the bleeps and bloops that we’d hear from the games of yesteryear.

Yet one bleep bloop I did not find particularly charming was the warning that you are running low on health. It’s great to have this as it’s an audio indicator that provides a sense of urgency but boy is this one loud and annoying. I had so many flashbacks of the early generations of Pokemon games and not in an endearing way.

Click here to read our review of Hotshot Racing

Adventures of Pip is nothing if not charming and witty. Its pixel evolutionary mechanic provides an inventive hook that keeps the player guessing and always thinking ahead. The linearity plays to its strengths as it doesn’t rely on the complexity of overall world design, rather it’s comforting to know that each frame has been carefully crafted to compliment what makes Adventures of Pip special.

Thank you for checking out our Adventures of Pip switch review, thank you to Stride PR for providing the review code and thank you to our $5 and up Patreon Backers for their ongoing support: The aptly named Bake ‘n Switch transforms players into a world of Apprentice Bakers, magical living Buns and an ever-growing threat of mould. In this co-op cooking party game 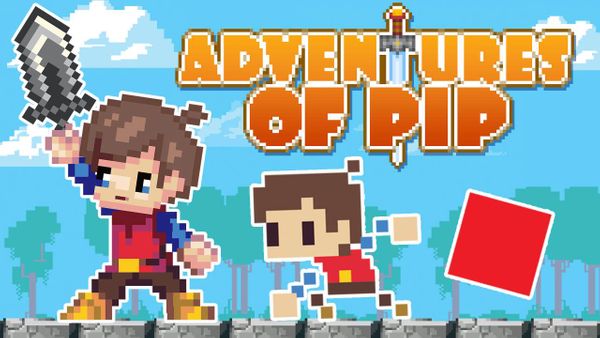